Robotic Surgery is the revolution of the 21st century, opening up new horizons in the field of Medicine. Robotic assistance has made possible the removal of many constraints regarding operations in some difficult fields of surgery.

The precision of the robot's surgical arms has made it easy for surgeons to perform difficult operations, accessing the most difficult to reach and tiny parts of the human body.

In 2006, the first robotic surgery that was carried out in SE Europe, at Athens Medical Center, inaugurated a new era for Medicine in the region, with significant scientific results and benefits for patients. Athens Medical Group’s robotic departments have been acknowledged as international Centers of Reference and Excellence, partnering with Universities in Greece and abroad, such as Strasburg’s Medical School IRCAD/EITS and Clinique Saint-Augustin in France.

More than 4,000 robotic surgery procedures in General Surgery, Urology and Gynaecology have been carried out in the Group’s Hospitals.

Athens Medical Group’s robotic departments boast of at least 40 Global or European Distinctions, in various surgical specialties, such as:

Robotic surgery is used by specialised doctors throughout the whole range of surgical operations.

Robotic operations have spectacular results, thanks to many and important advantages it brings to a range of surgical specialties such as:

Robotics is applied across the spectrum of the general surgery specialty, replacing laparoscopic surgery as the latest and most advanced medical method.Robotic surgery treats both benign and malignant diseases of the esophagus, stomach, small intestine, colon, pancreas... 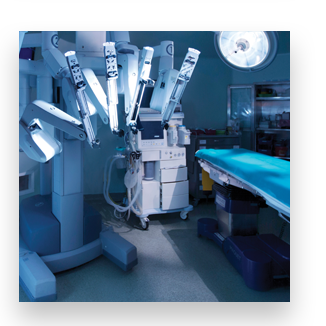 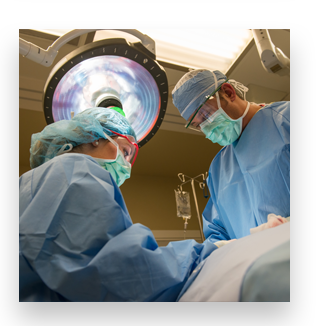 Urology is among the medical fields with the highest rate of technological advancements, including the use of robotic surgery. The da Vinci system is the robotic platform that has taken minimal invasive surgery one step further making advanced delicate procedures... 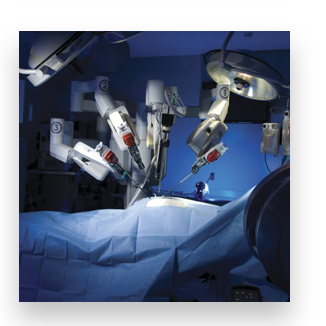 This website uses cookies so that we can provide you with the best user experience possible. Cookie information is stored in your browser and performs functions such as recognising you when you return to our website and helping our team to understand which sections of the website you find most interesting and useful.

If you disable this cookie, we will not be able to save your preferences. This means that every time you visit this website you will need to enable or disable cookies again.

These cookies are usually set by our marketing and advertising partners. They may be used by them to build a profile of your interest and later show you relevant ads. If you do not allow these cookies you will not experience targeted ads for your interests.

Please enable Strictly Necessary Cookies first so that we can save your preferences!