Dr. Konstantinos Konstantinidis, MD, PhD, FACS, Scientific Director and Director of the General, Bariatric, Laparoscopic and Robotic Surgery Clinic of Athens Medical Center, was elected unanimously as Secretary General in the five-member Board of Directors of the Clinical Robotic Surgical Association. His election took place during the World Robotic Surgery Congress, held in Chicago, Illinois, USA (21-23 September 2017). Among things to be noted is that the Board of Directors consists of the most reputable and experienced surgeons from all over the world, who are recommended by the General Assembly.

During the congress, Dr. K. Konstantinidis was the chair-person of robotic surgeries – broadcasted live – such as, gastrectomy, hiatal hernia, myotomy in patients with esophageal achalasia, rehabilitation of inguinal and ventral hernia following open mesh, gastric bypass against overweight and diabetes, cholecystectomy and colectomy. He also gave a speech about the Single Site Robotic Cholecystectomy, that Mr. Konstantinidis was the first to perform world-wide in the Athens Medical Centre in 2011.

Dr. K. Konstantinidis made the following statement:” It is a tremendous honor for me, indeed.  I am very proud that the most distinguished colleagues of mine rewarded my scientific and teaching endeavors. This distinction is a lifetime achievement. My participation in the evolution of robotic surgery and the ascertainment that our patients do not suffer due to long and difficult surgical operations gives me the strength to carry on, together with my colleagues, offering our services to the patient in need”.

Dr. Vassilis Apostolopoulos, CEO of Athens Medical Group (AMG) stated: “This important distinction for one of the most renowned Greek doctors on an international level attributes credit to AMG for the endless effort we all make and for our strategic choice to provide the required infrastructure in terms of materials and equipment and, above all, to inspire well-reputable Greek doctors of the diaspora to return to Greece. The return of Dr. Konstantinidis from the USA to AMG, in the early 90s, is a typical example and a point of reference to our continuous “brain gain” against the “brain drain plague, which is now – more than ever - the most significant problem that our country has to deal with”. 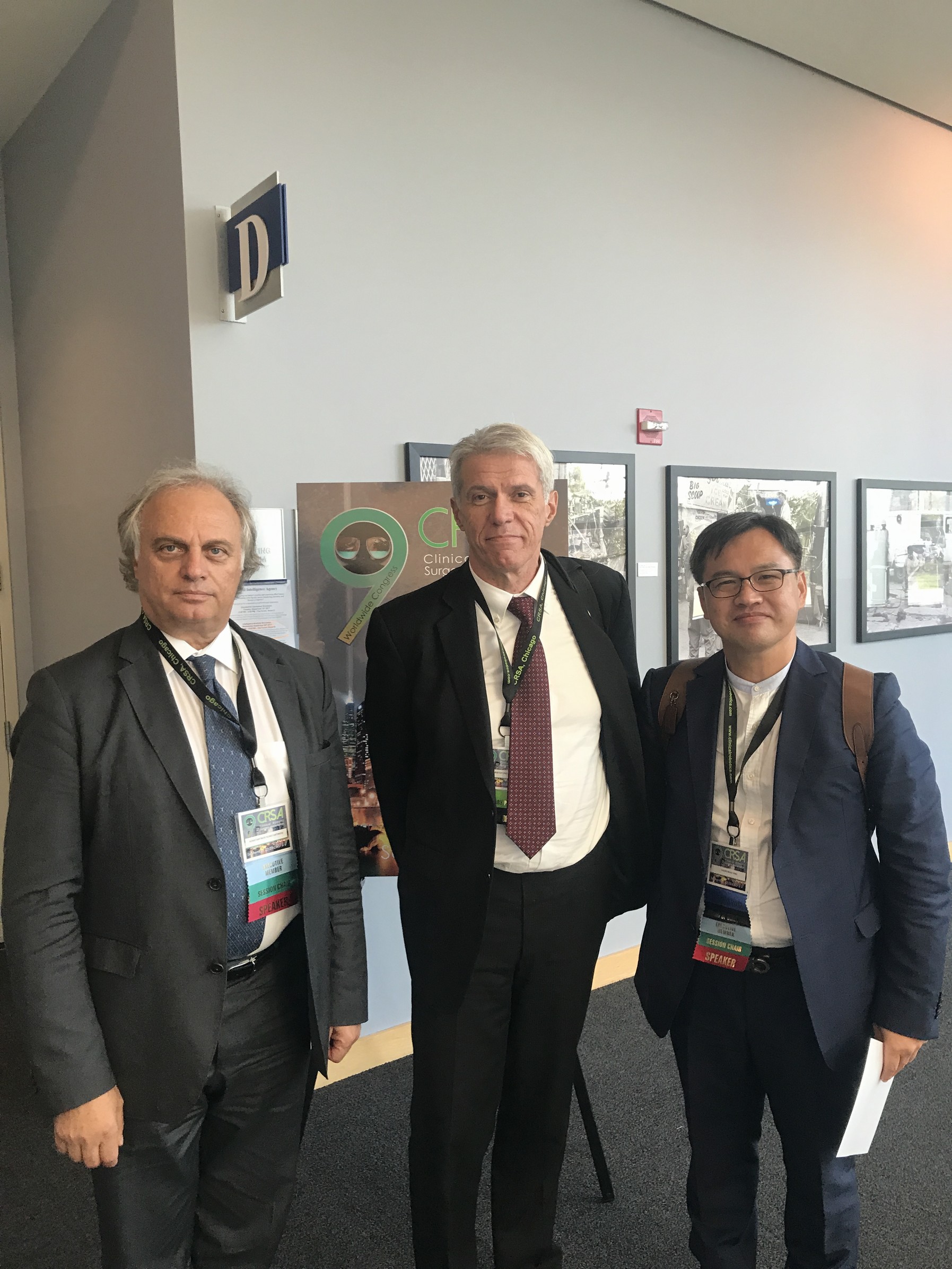